So (net server) itself wasn't too bad performance, then there must be other culprit. To find out it, I usually use profiler however it can only work on single thread environment. That means it's impossible to use it on the server program written on top of (net server) library.

Just giving up would be very easy way out but my consciousness doesn't allow me to do it (please let me go...). Thinking current HTTP server implementation uses 2 layers, Paella and Plato. The first one is the basic, then web framework. At least I can see which one would be slow. So I've just tried with bare Paella server. Copy&pasting the example and modify a bit like this:
Then uses the same script as before.The result is this:
Hmmm, bare server is already slow. So I can assume most of the time are consumed by the server, not the framework.

Listing up what's actually done by server would help:
So I've started with the second item (port conversion actually improves performance so can't be removed, unless I write everything from scratch using socket but that sound too much pain in the ass). Conclusion first, I've improved header parsing almost 100% (mostly reducing memory allocation) but it didn't affect the performance of the server at all. Parsing header occurs once per request, so I've dumped headers what cURL sends and carefully diagnosed which procedure takes time. As the result, SRFI-13 related procedures consuming a lot of times because it has rich interface but requires packing rest arguments. So I've replaced them with no rest argument version. Then in the same library, the procedure rfc5322-header-ref which is for referring header value called string-ci=? which calls string-foldcase internally. So changed it to call case folding once. And couple of more improvements. All of them, ideed, improved performance however calling header parser only 1000 times took 30ms from the beginning. So make it 15ms doesn't make that much change.

Then I've started doubting that the benchmark script itself is actually slow. I'm not sure how fast cURL itself is but forking it 1000 times and wait for them didn't sound fast. So I've written the following script:
Send fixed HTTP request and recieve the response (could be partially). -t option specifies how many threads should used and -u option specifies how many request should be done per thread. So if this ideed takes time, then my assumption is not correct. Lemme do it with bare HTTP server:
100 threads and 100 request per thread so in total 10000 request were send. Then it took 4 seconds, so 2500 req/s. It's faster than cURL version.

Email ThisBlogThis!Share to TwitterShare to FacebookShare to Pinterest
ラベル: training

Sagittarius has server framework library (net server) and on top of this library I've written simple HTTP server and web framework, Paella. I don't use it in tight situation so performance isn't really matter for now. However if you write something you want to check how good or bad it is, don't you? And yes I've done simple benchmark and figured out it's horrible.

I've created a very simple static page with Plato which is a web application framework bundled to Paella. It just return a HTML file. (although it does have some overhead...) It looks like this:
The index.html has 200B data.
I don't have modern nice HTTP benchmark software like ApatchBench (because I'm lazy) so just used cURL and shell. The script looks like this:
It's just create 1000 processes background and wait them.

The benchmark is done on default starting script which Plato generates. So number of threads are 10. Then this is the result:
So, I've done couple of times and average is approx 3 seconds per 1000 requests. So 300 Req/S. It's slow.

Why it's so slow and gets slow when number of requests is increased? I think there are couple of reasons. The (net server) uses combination of select (2) and multithreading. When the server accepts the connection, then it tries to find least used thread. After that it pushes the socket to the found thread. The thread calls select if there's something to read. Then invokes user defined procedure. After the invocation, it checks if there's closed socket or not and waits input by select again. So flow is like this (n = number of thread, m = number of socket per thread):
I think dispatching socket smells slow. So I've made some changes like the followings:
With these changes, the first step only takes O(1).  Now benchmark! This is the result:
YAHOOOOO!!!! 100ms faster!!! ... WHAAAATTTT!???

Well in average it's 2.6sec per 1000 request so it is a bit faster like 300ms - 400ms. And using (util concurrent) made the server itself more robust (it sometimes hanged before). I think the server framework itself is not too bad but HTTP server. So that'd be the next step.
投稿者 kei 時刻: 6:39 pm No comments: この投稿へのリンク 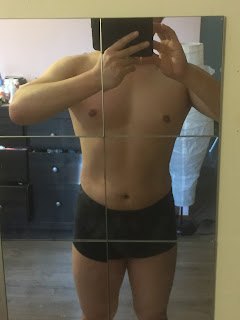